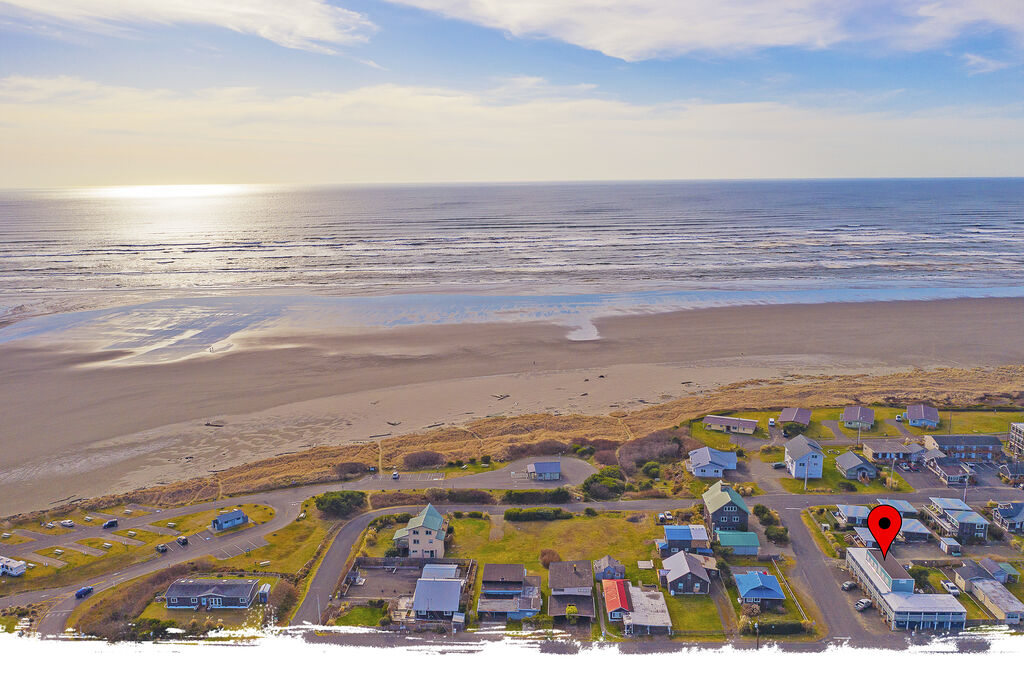 It's the four-way stop on Hidden Coast Scenic Byway! Turn west onto Main Street of Pacific Beach. You're on the westernmost Main Street in the continental United States (watch for this statement on locals' license plate frames).

Quinault Native Americans lived and supported themselves by hunting whales and sea otters via canoes. When white settlers came to the Olympic Peninsula, sea otters were hunted for their valuable furs. Clams became the primary food source after the depletion of the otters.

Homesteading 160 acres by Henry Blodgett, a hunter and trapper in 1863 was the start of this future community. R.H. Rountree was given a portion of this land where he built his home near the site of what became the Pacific Beach Hotel (built in 1906). Initially called Joe Creek, Blodgett elected to call it Pacific Beach.

Originally called The Quinault Inn, the Pacific Beach Hotel, Carl Cooper who became owner traveled to Olympia and other cities promoting excursions to his establishment. It became a year-round business with those who enjoyed winter storms beyond the traditional summer season.

Known as an ideal honeymoon location, the hotel welcomed famous guests including actor Frederic March. By 1942, business declined and with the outbreak of World War II, the Air Force and Navy converted rooms into a regional headquarters housing training anti-aircraft recruits.

By the 1950s the need for the military to maintain the base elected to abandon the property. Offered to the community of Pacific Beach for $1, it was unable to be accepted since it was unincorporated and no city entity was able to receive this offer.

Naval Facility engineers reconstituted the base in the mid-late 1950s. In 1987, it was destablished and transferred to the Navy as an MWR now called Pacific Beach Military Resort and Conference Center (Navy Getaways Pacific Beach).

Washington state created a state park along the confluence of Joe Creek and the Pacific Ocean in the 1960s. Pacific Beach State Park brings visitors year-round to the North Beach. Along Joe Creek, this beach is known by professional sand sculptures that this beach from Alaska through the Oregon/California border as the ultimate beach to sculpt.

Stroll Main Street today and you'll find businesses to peruse and shop. Beach Daisy is a new shop with clothing, jewelry and gifts. Walk into the back and you've entered Surfhouse Espresso. Coffee, breakfast and lunch plus ice cream are on the menu.

Wacky Warehouse is where most visitors find themselves strolling the aisles with locals. Formerly the hardware store, you'll find that type of inventory along with vintage VHS tapes, clothing, glassware and beyond. It also houses KXPB-LP FM radio. The station is all-volunteer and offers an eclectic mix of music and on-air talent.

Chocolate on the Beach Festival is on the calendar in February. PB (as it's known by the locals) is the hub for this weekend fun. Kelpers Festival and Shake Rat Rendezvous takes to the streets with this free-wheeling time including a pancake breakfast, street dance, parades and the annual tug-of war (Pacific Beach vs. Moclips).

Lodging choices include vacation rentals and smail inns including:

Bring yourself, your family, your dog and your friends to Pacific Beach. This stop off Hidden Coast Scenic Byway could become your home away from home or your HOME at the beach!