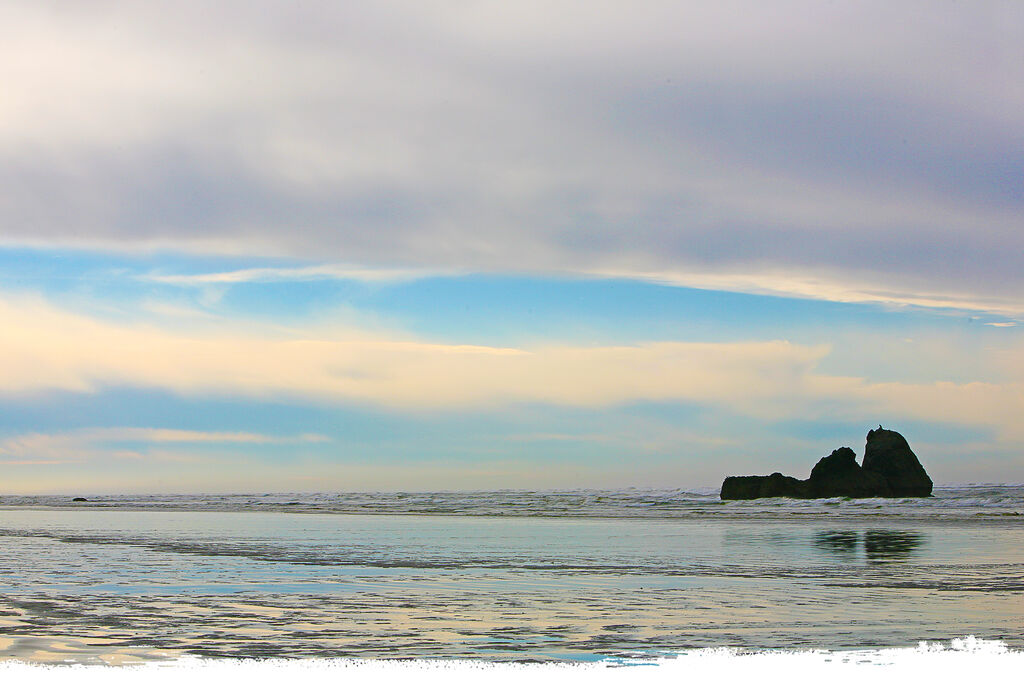 Venturing north from Copalis Beach and before your reach Roosevelt Beach, you'll find a spot known as Iron Springs. This is home to Iron Springs Resort along with a gated community along with other homes of year-round residents and family beach homes.

According to Bernadette Pager, author of "Capacity for Murder" who researched and based the mystery focused on the North Beach, "a doctor named Chase ran a modest sanitarium" at Iron Springs.

In this novel "Healing Sands" her characters travel from Seattle. "It had been a journey of more than one hundred miles and nine hours to the southwest coast of the state. The train had brought them as far as Hoquiam, and from there they'd taken a steamer across Gray's Harbor to a trading post called Oyehut, and finally, they'd traveled by horse-drawn wagon up the North Beach."

Then, in the 1940s, a small eight cabin property with a lodge emerged owned by Olive Little. Her family welcomed other families who viewed the Iron Springs Resort, complete with the upside-down canoe at the entrance as their beach home.

She expanded the resort with careful consideration of where cabins were added in this special spot at the beach. When Olive died almost six decades later, the resort had grown in number of cabins and memories for generations.

The resort went into a time of decline until a purchase by new owners, the True family, in 2010. Keeping with the original footprint, the renovation kept the unique charm with up-to-date changes to make this an award-winning resort.

Barbara Topete who died in 2017 commented on a visit to Iron Springs Resort about memories of bringing her family to the beach before purchasing Ocean Crest Resort, making it a four-generation business.

How did Iron Springs get its name? Unlike others who come from Native language or discoverers in the area, legends surround the name. Some believe it comes from the orange, iron-filled cliffs lining Copalis Beach or maybe its because of the iron-filled water of Boone Creek (which aligns with the sanitarium providing the medicinal spa in the 1900s). Or maybe the name arises from an ancient, rusting box spring found in the creek around the time Olive bought her land and created the resort.