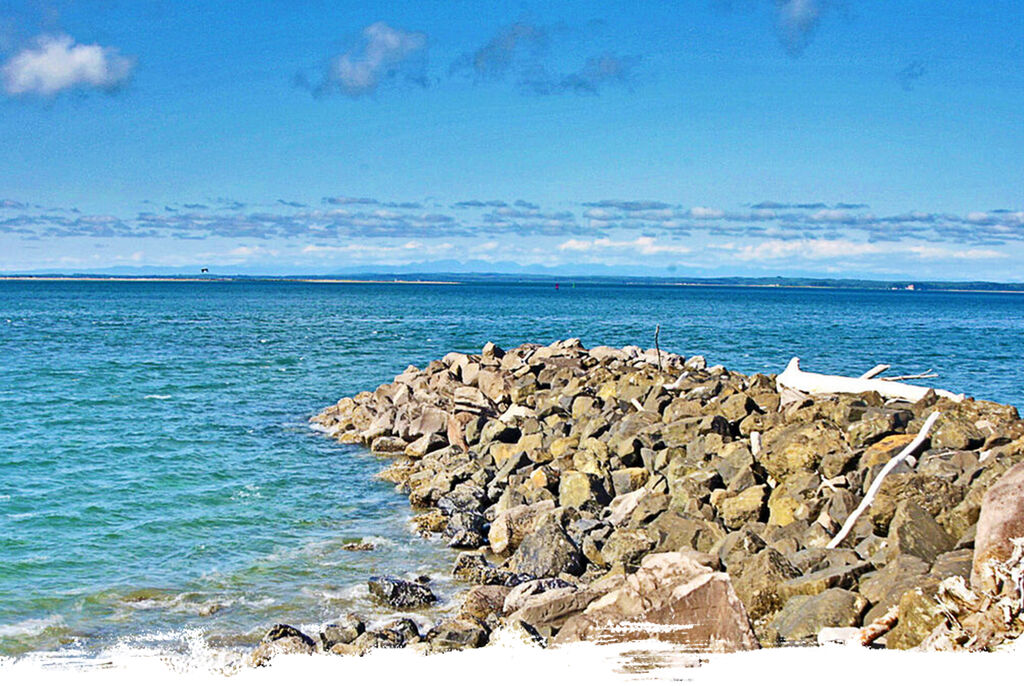 Get out your white bucks! Ocean Shores is celebrating! In 2020, the city recognizes it's 50th anniversary of incorporation. And prior to that, Pat Boone brought those shoes along with golf clubs and golf shoes to this 6,000 acre peninsula to bring this resort on the Washington state coast to life.

Let's go back though, to even earlier history. Prior to the arrival of European explorers and settlers, this peninsula found Chinook, Chehalis and Quinault tribes (now the Quinault Indian Nation) utilizing the area for trading and more.

Captain Robert Gray (thus the Grays Harbor County name), entered this bay in 1792. Originally homesteaded in the 1860s by Matthew McGee, A.O. Damon purchased what at that time was Browns' Point in 1878 or the southern end of the peninsula.

Ralph Minard, Damon's grandson ran a cattle ranch on the land from 1929 until 1960. He sold this bay and ocean-front property for $1,000,000 to the Ocean Shores Development Corporation.

With the hint of gambling in the Washington state air, lot sales began in a travel trailer situated in the dunes. Envisioning Palm Springs of the Pacific Northwest, the first year found 25 homes constructed and owners receiving charter membership certificates to the Ocean Shores Community Club.

Enter the mid 1960 and Pat Boone, he of the white buck shoes and "Love Letters in the Sand" singer. He became an Ocean Shores resident and stockholder, promoting and developing the Celebrity Golf tournament which teed off in 1966. Celebrities on the links included Clint Eastwood, Fred MacMurray and Joe Namath. Ginny Simms, popular singer of the time, owned and operated the Ginny Simms Restaurant at the Ocean Shores Inn (now home to Shilo Inn). 268

Ocean Shores was declared the "richest little city" per capita in the country by 1969. Incorporation followed in 1970 with road paving underway. In the 1970s the state's recession brought in setbacks. Then, in the 1980s, the downturn headed back with homes and businesses construction underway.

The city is experiencing more building present day with growth showing in the housing and business market. Ace Hardware has opened in a new location on Point Brown. New restaurants, retail businesses and more greet you as you enter the "gates" of Ocean Shores.

And a few places to add to your time in Ocean Shores:

Of course, there's the beach. Fly a kite. Maybe take a horse ride. And be sure to tour the 23-scenic miles of canals with Ocean Shores Boat House. Skipper your electric Duffy Boat or venture out in a kayak or on a stand-up paddle board.

Experience this resort community as you travel the Hidden Coast Scenic Byway. Just drive 3.1 miles from State Route 109 and you'll enter the "gates" to Ocean Shores.